Did you hear the news? Susan Glover of Favorite Place Travel is now a certified Charleston Vacation Specialist! 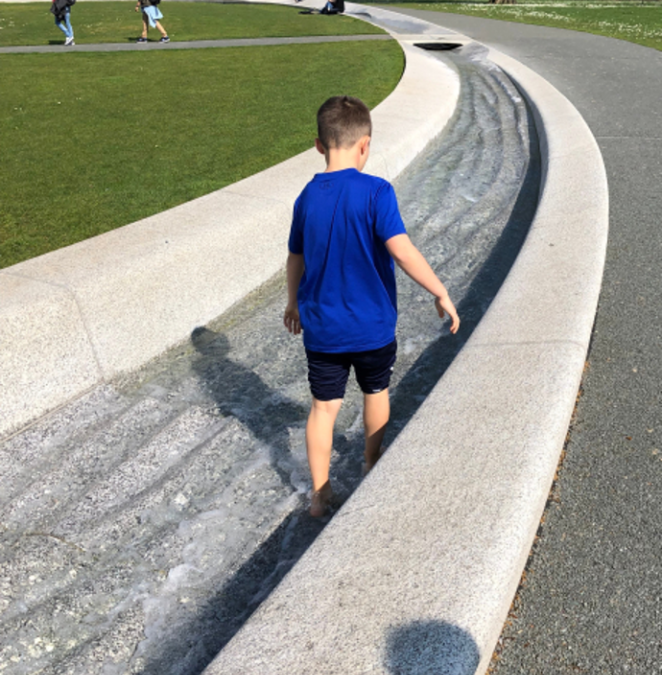 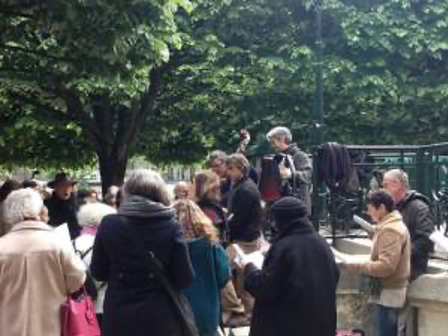 More adventures from Susan Glover with Favorite Place Travel and her mom in Paris! Part Duex

Learning to slow down and “roll with it”

Those who know me understand I am, well, a bit “Type A” to put it mildly. Relaxing stresses me out. This character trait is what drew me to European travel in the first place: new places to go; things to experience! Forget the beach, I want action! My past trips have been planned to the day, spreadsheets and all. (Due credit to Uncle Don here – he was the king of the vacation spreadsheet.) This trip was no different. That is until the weather and my travelling companion Mom chimed in.

The thought of springtime in Paris was wonderful. Visions of the Tuileries and Luxembourg Gardens in full bloom danced in my head. We envisioned a day trip to Giverny with Monet’s gardens awash in sunshine. Tickets were booked and the weather was checked – cold and rainy. What?! That was clearly NOT on the spreadsheet! Gardens in grey skies and pouring rain were not nearly as alluring. Nonetheless, the rain did not deter us from seeing Notre Dame and wandering through the Ile de la Cité on our first afternoon. But when we walked by the café across the street from Notre Dame, instead of walking right by, we went in and sat down. Yes, it pained me to pay double to have our drink at a table instead of at the bar standing up but, hey, the view was great. Not only that, but it wasn’t just tourists in there. It turns out Parisians like a view with their coffee, too. Sure enough, after 15 minutes, I was antsy and ready to move on to the next destination, but then my mom gave me the “I’m not leaving yet, so you’d better just calm down” look. And so we sat, just enjoying Paris, watching it bustle for nearly an hour. It was lovely.

One of my favorite places in Paris is the little park behind Notre Dame. I found myself there one afternoon while Mom was chilling in the apartment. While people-watching with my Coke Lite in hand, I noticed a man with a banjo standing in the little gazebo. Next, up walks a man with a stand-up bass and another carrying a guitar case. Dismissing the trio at first, and with my attention otherwise distracted, I soon hear singing – a full fledged sing-a-long broke out, complete with sheet music for singers. Next thing you know, about 40 people are standing around singing French folk tunes. It was so … Parisian, and something I would have never seen if I had been beholden to my spreadsheet.

We had planned on taking a day trip to London during this trip. A plan that seemed like a great idea at the time. We booked our Eurostar tickets- only 2 hours on the train, the chance to get a taste of London, why not? Well, as our trip progressed, the weather outlook for London looked progressively worse, ending up at 45 degrees and rain for the day of our visit. At this point, Mom throws down the gauntlet as only Moms are allowed to do: She’s not going to London to freeze and get wet. How can I argue with that? Had she not said that, honestly, we would have been in London, wet and cold, because well, this was The Plan! Instead of rain in London, we enjoyed a bright, sunny day in Versailles, seeing the chateau in all its over-the-top splendor. Good call Mom.

The moral of the story is not to go on your trip with no plans, reservations or idea of what you want to see. Instead, it is to have those plans, but let your trip mold those plans. Some of my best memories of this trip are that day in Versailles, the Notre Dame sing-a-long and watching the little boys sailing boats in the Luxembourg Gardens where we took a break one day. Slow down, don’t just take in the sights but really see your destination, you won’t regret it. P.S. We went back to that café across from Notre Dame again. I highly recommend the Nutella crepe accompanied by a nice glass of rosé from Provence!

Stacey Gross with Favorite Place Travel wants you to know about the WOW Sale on Royal Caribbean! June 10-12! 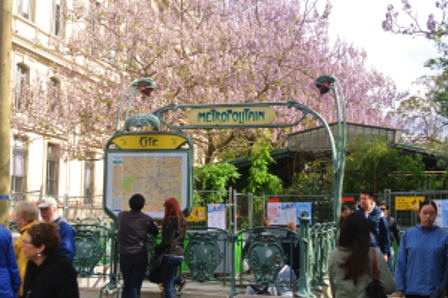 A whole new spin on family travel- Susan Glover with Favorite Place Travel and her mom take on Paris: Part 1 – Traversing the City

Our family suffered a few blows in the last year losing several loved ones over a short time period. This circumstance made us particularly sensitive to the fact that none of us are going to be around forever. With this in mind, my mom and I decided that there was no time like the present for her first trip to Europe, with me as her personal travel guide. I picked Paris as the destination. To me, there is no more quintessentially European city. Since I was leading the way, it didn’t hurt that I’d been to Paris several times in the past and could speak passable tourist-French.

In the past, my trips to Paris had been with my husband or friends. These past trips were busy, if not frenetic, seeing as many of the sites as possible in the short time we had. I loved the city; the Louvre, Notre Dame, the Arc de Triomphe, and of course, the Eiffel Tower. I took pride in the fact that we would take the Metro everywhere.

This trip was different. Mom is beyond the point in her life where she wanted to be dragged through Paris checking off the site on a list and moving on to the next. She wanted to “experience” Paris. This experience did not include her trudging up and down the Metro steps, especially given the less than cooperative Paris weather, which was cold and rainy during our late May visit. (I believe her exact words were “the Metro is hideous” after a particularly harrowing trip up and down several flights of stairs and jumping over a small lake at the bottom of the St. Michel stop’s steps.) The question then became, what now? Taxis were prohibitively expensive to rely on for the entire trip; walking long distances was out of the question this trip with mom’s new hip; and city buses required a lot of transfers that, quite frankly, I didn’t feel like navigating. As we came up from the tunnel to the Arc de Triomphe on the Champs Elysee, there it was- big, red, double-decked and, most importantly, dry and warm.

Karmic message received: the hop on, hop off two day bus pass was purchased and off we went. To my surprise, I was a convert. We took the Les Cars Rouge tour, which is included as part of a Paris Museum Pass. (If you don’t have the Paris Pass, buy your tickets online for a discount.) There are also several other similar tours. These busses circle the city stopping at the Eiffel Tower (both on the Seine and the Champs de Mars end), the Arc de Triomphe, the Louvre, Notre Dame, Musee d’Orsay, Grand Palais, Trocadero (for an awesome view of the Eiffel Tower) and the Opera. It offered a respite from the rainy weather, and was incredibly convenient to our apartment, just a block from Notre Dame. Did I mention that the Opera stop is also across the street from the unbelievable three-building Galleries Lafayette department store? The downside definitely was that it was by no means a fast way to traverse the city as it often was stuck in traffic, and the prerecorded tourcommentary wasn’t all that informative. But it was warm and dry and a good way to see the “highlights” if you were not in a hurry to get anywhere, and offered an alternative to the Metro if youwant to see the city while travelling from place to place. (As a side note, my kids thought the earbuds provided for the tour narration were a cool “souvenir” from mom’s and grandma’s trip. Who would have thought!?)